The Silent Patient is the type of book I wouldn’t shy away from calling the new representative of a whole genre, The Psychological Thriller!

We have a loving wife who seemingly randomly shoots her husband 5 times on his face and kills him. The interesting part is that she stops saying or reacting to anything or anyone. She’s deemed unfit and sent to a psychiatric clinic where our protagonist shows up, Theo.

He is obsessed with Alicia’s high profile murder case and as a psychiatrist he wants to finally be the one who makes her talk and gets to the bottom of what happened that fateful night.

I enjoyed the ‘back and forth’ between Theo and the silent Alicia. There was a frustrating feeling with how Alicia kept quiet which builds up a lot of anticipation for the final third and the expected revelation of the book! 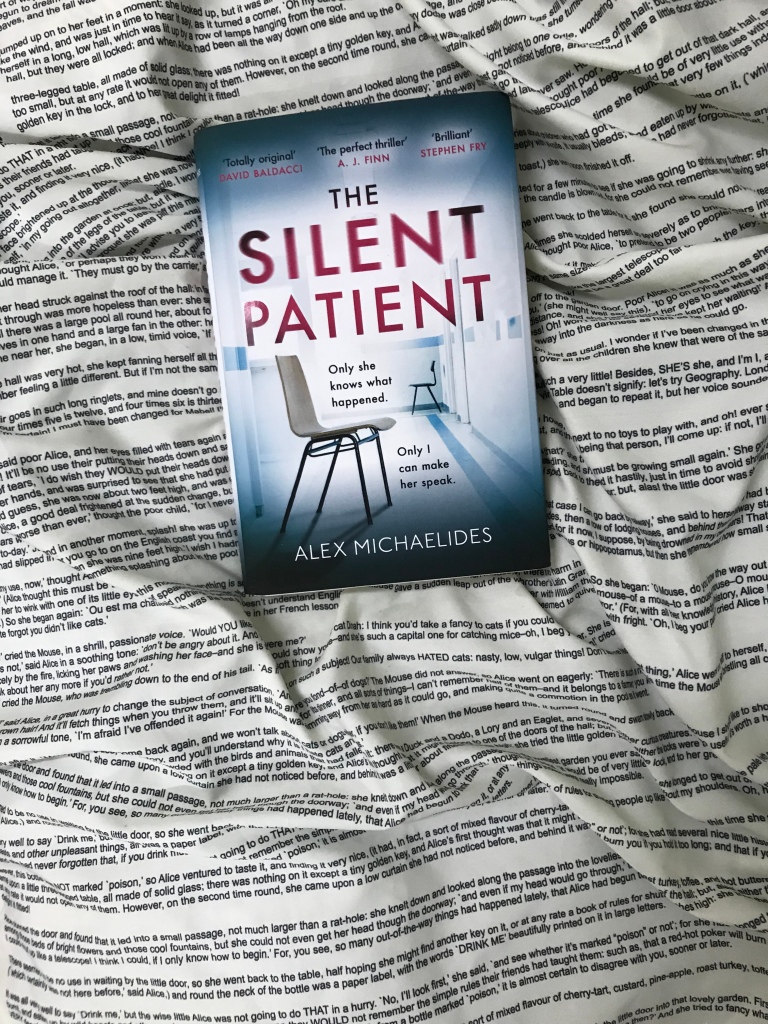 There were many theories that I had by midway but then I just gave up as none of them made sense even to me and I couldn’t be bothered making an effort which I knew would eventually feel foolish and stupid. I felt stupid any way!

Absolutely brilliant and a must read for anyone who likes a good twist!

You can buy the book here